Every once in a while you wonder, "what am I doing and why am I doing it?" Sometimes... you just need to step back from life and give yourself a chance to breathe and reflect on what's really happening, and maybe even see things through someone else's eyes. That can apply equally to all areas of our lives: our jobs, hobbies, passions, relationships...

This last week was awesome for me -- refreshed, challenged, socialized, appreciated, exercised! Who'd have thought you could get all that out of one teenie weenie week of "school" on something you've already been doing for over 20 years! But, I did. Got a new lease on my photographic life from this fellow named J. Michael McBride. Seeing the world through another's eyes and heart is sometimes just the window we need to look through. So, I've had a re-awakening, and a re-acquaintance with the reasons that I started doing what I do.

If you're asking yourself the same kind of questions about things in your life, find someone who's doing what you're doing, living the life you want(ed) to live, having the happiness you'd started out in search of... and get positioned to see the world through their eyes. Maybe you'll have a reawakening and a re-acquaintance too :-) Then, when you're all happy and beaming... call me. Maybe I'll hook you up with a nice portrait.

Have an awesome day!

Kelvin
Posted by Kelvin Ringold at 12:34 PM No comments: 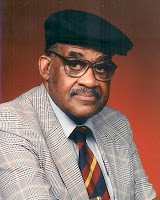 On July 9, 1927 a child was born in Portsmouth, VA who was named, John Willie. 26 years later in 1953... John Willie became my father. Over the years, we came to call him "Peace", as a private joke amongst the family and some close friends.

You don't hear me mention him much... because over the years, my father and I... well... we had some issues, and to say that we didn't see eye to eye on a lot of things would be a bit of an understatement. Still, through all of that, there's a lot about me... and the person I became... that derives from him.

He was an educated man, most of which he didn't obtain until he was well into adulthood. He became a minister when I was a baby, and in following years amassed several degrees: Bachelor and Masters of Sociology, Bachelor of Theology, Master of Theology (I think), a Doctorate of Pastoral Psychology and an honorary Doctor of Divinity -- to name a few. And for many of those papers and theses... I was his young typist. 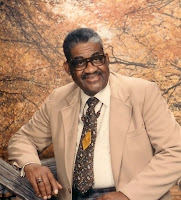 He died on August 22, 2002, losing his battle to prostate cancer which metastasized to his bones, and whether he and I saw eye to eye or not, that was a pain that I did not wish on him. Many people saw him as a hero -- many did not. The church was full for his funeral, and for the two hours of service we had for him the night before, which for anyone else would have been just "calling hours."

So, today is his birthday and he is on my mind. The inscription on the back of one of these photos reads, "To my son Kelvin, with love. Pop" The other reads, "To Kelvin and Michael, with love. Dad (Peace) / Pop-pop). I'm not really certain that I ever really said good-bye to him. It's 6 years later; I guess it's time.